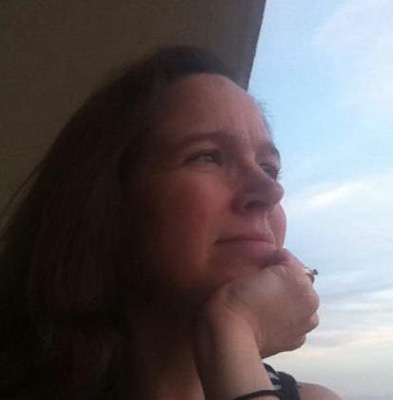 In my mind, faith is different than religion. Faith is a personal tenant, the belief in something even when evidence or logic or data can’t give you support. Religion is a group tenant, the shared rules and structures that people use to practice a system of faith.

Here’s the truth: I’ve never been particularly good at either one.

I am sure that statement will surprise some people. It may hurt or worry others. Some may even be angry. It isn’t easy for me to acknowledge because in our culture, like most cultures, being a good person is associated with being good at having faith or practicing a religion. In fact, last night on the Tonight Show, Carly Fiorina took the moment to define why faith is good:

“I actually believe that people of faith make better leaders,” she said. “Whether they are Christians, as I am — my faith has sustained me through some very bad times. I’ve battled cancer, I’ve lost a child, I’ve been tested. But whether it’s a person of Christian faith or Jewish faith or Muslim faith or other faiths, I think faith gives us humility, and empathy and optimism. And I think those are important things.”

I agree with her that humility, empathy and optimism are important things. I think they are characteristics that make both a good person and a good leader. The problem is this: how do I respond to people that, like Ms. Fiorina, believe that because I have neither faith nor religion that I am less good? Or even worse, bad?

I rarely offer up my religious opinions because I learned early on that living without the protection of an organized faith is lonely. I’ve grew up in a Lutheran family and learned all of the words and motions. I can attend nearly any Christian service and sit, stand and speak at the right times. I can go through the motions. And I have done so, mostly to show respect for the people that I love.

Unfortunately, there came a time in my life when it felt hypocritical to do that — to attend and go through the motions. There were too many times that I said the words while my heart asked, “Are you sure you want to say that? Do you believe that? Doesn’t it insult everyone else if you fake it?”

And that was when I stopped attending. When I realized that being authentic was more respectful than being present.

That isn’t to say that I am against either faith or religion. I respect and admire the many people I know who channel their faith into good works or use their faith to persevere through life’s difficult times. I appreciate and support the many religious organizations that provide important social services to their communities and give individuals a way to connect. Like many things in life I don’t understand, I am thankful for the fact that religion is there for the people I know who place immense value in it.

Until now, I have confided in a very small group of people: family, close friends, people who have a very long history of knowing me and the person that I am. Among them are a subset of people who I would describe as devout — people whose faith is part of who they are at their core and whose religious community is an active and important part of their lives. In most cases, the conversation started not by me opening up, but by their sincere willingness to share their experience and point of view. They listened to my questions with interest and curiousity, but not judgment.

I recognize that it is only from a position of privilege that I can worry about this. That while I would never be electable for high public office if I were honest about it, my lack of faith has not held me back. And maybe it is silly to worry now, typing this line, whether readers will look at me differently tomorrow. So, instead I will be optimistic and believe that people will continue to judge me by my actions. I will be humble and know that once I put myself out there that I cannot control how people react. I will be empathetic and know that however people react it is a true reflection of who they are and that their feelings are legitimate.

I will hope that, in their eyes, I am still capable of being a good person and a good leader.