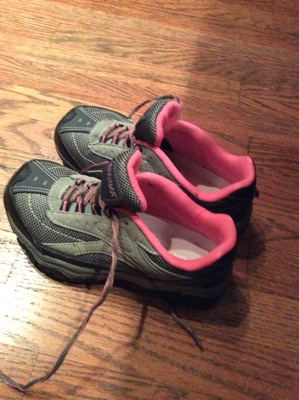 I grew up in the Midwest and so I am stereotypically wired to appreciate the value of hard work. It’s possible that if I had grown up somewhere else, I might not be a workaholic. Possible, but not likely.

Over the last 24 hours, I had an opportunity to shadow the employees at my company who do the real work. I watched as the night shift picked and loaded shipments and followed along as a driver delivered product to a dozen customers over an eleven-hour shift. I got four and a half hours sleep between shifts and walked more than 14,500 steps and 6.75 miles. I pushed myself 100% harder than I normally do.

When I got back to the office today, a number of people asked me how it went. I told them, honestly, that it was a great experience and I was very appreciative of the time and effort that the team spent to help me learn the business. There was surprise, because I think it’s hard to believe that what you do every day, day-in and day-out, could be valuable to anyone else. I get that. I’ve worried about whether I bring enough value to the world, too.

But here’s the thing that I got to see that I don’t get to live every day:

Worry aside, though, I’m glad I did it. I got closer to the work of my company and to our customers than I have been in three years. I was able to connect what I do every day to the people who benefit from it. And I was able to remind myself about the value of good, hard work. The kind of work that so many of my friends and family members do every day while I am sitting in meetings, helping people clear bureaucratic hurdles and building awesome spreadsheets and presentations.

And in case I forget, tomorrow I’ll have the aches and pains to remind me all about it.