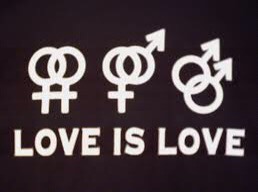 When I was growing up, I didn’t know anyone who was gay. That may sound odd, but growing up everyone looked like an episode of Leave It to Beaver and pretty much every kid in my elementary school followed me from kindergarten through to sixth grade. In middle school, the four elementary schools came together, but most people had very similar lived experiences.

By the time I got to high school I had traveled overseas to Mexico and France and had started to appreciate the bigger world outside of my home town. I know I felt worldly, but calling my 14-year old self worldly is like calling a preschooler capable of reading Hop on Pop literate. Broadly accurate, but not precisely true.

And then I met Michael.

Michael was the best friend of my first boyfriend and he was unapologetically gay. I knew from the first time that I met him that we were kindred spirits. We both had a willingness to be our unique selves and an openness to the human experience. His was a striking honesty that came wrapped in love, self-deprecating humor and smiles – so many smiles. He was both funny and fun and he played off my practical rule-following nature in a way that made us hilarious from the outside. The fact that he was gay was just a part of the wholeness of his being.

Today, I was reminded of Michael while sitting in a seminar on Lesbian, Gay, Bi-Sexual, Transgender and Ally (LGBTA) inclusion in the workplace. I heard hard statistics around how LGBTA individuals still feel uncomfortable sharing their whole story in the office and being their authentic self in their work. It was hard to hear because I am the sort of person who actively shares and I can’t imagine what it would be like to tuck such a huge part of myself away in a box and only pull it out before 8:00am and after 5:00pm.

Michael would never stand for it.

It’s even harder because I believe that relationships are the corner stone of a life well-lived. I believe that finding a person who you love and who loves you in return is a gift. I believe in partnerships that support in hard times and celebrate in good times. I believe that when you find that person you need to nurture them, grow with them, and constantly appreciate your good fortune. I learned those lessons from my parents and I am trying to model them to my children.

None of those beliefs have anything to do with gender identity or sexual orientation. Not a single one.

I lost Michael in 2012. He died, like his mother, far too young from cancer. It is one of my greatest comforts that we connected in his last year of life and he knew that I loved him. It is one of my greatest regrets that I let him downplay his illness to me and I didn’t make it a priority to drive the two hours to see him before the end. In my wishes we talked for hours and my cheeks ache from smiling and my gut hurts from laughing. In my dreams I leave feeling like one of the luckiest people in the world.

Because I would have told him – one more time – that I am his ally as well as his friend.

2 thoughts on “An Ally for Michael”