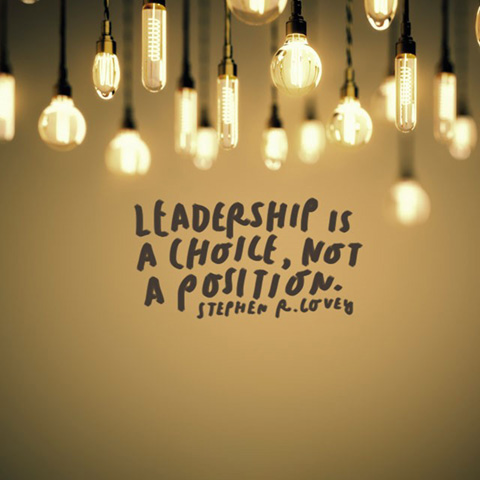 Yesterday, my cousin posted a graphic on the characteristics of individuals based on birth order. Curious, I glanced at it and found myself reflected in the adjectives of the oldest child column: Natural leader, high achiever, organized, on-time, bossy, responsible, adult-pleaser, obeys the rules.

Chuckling under my breath I typed a quick response, “No comment ;-)”

Enjoying meme humor is one thing, but to be honest I’ve never liked the phrase “natural leader.” Personally, I have walked away from many challenges to lead so when a blanket term like “natural leader” is bandied around, I quietly reject it as too binary and simple. Yes, I do tend to lead but I don’t always lead. Yes, leadership feels consistent with my character but I consider myself a journeyman in the art of leadership, learning every day how to be more effective. But, I never had a more nuanced model to offer so I quietly accepted the moniker of “natural leader” and just left it alone.

At least, until now.

This week I listened to Why Everyone Should See Themselves As a Leader, an HBR IdeaCast conversation with Sue Ashford, a professor at the University of Michigan’s Ross School of Business. As a graduate of Michigan State University’s Eli Broad School of Business, I was naturally skeptical of the content [insert friendly in-state rivalry, years of alumni give and take here], but I came away believing in Dr. Ashford’s view. Her model on how leadership emerges was the first to fully explain my own experience and how I see leadership in the day-to-day world. Fundamentally, she states, leadership is not about position or formal authority but rather about whether someone wants to claim leadership and whether those in the group are willing to grant it them.

I liked the idea so much that I shared it three times that day and now I’m sharing it with you.

Looking back on my earliest experiences, I can see that my leadership emerged in situations where I felt willing and able to claim leadership. I easily claimed leadership in organizing chores and games with my two younger brothers, certain that they would grant it to me. Once I had a group of trusted friends, I confidently claimed leadership of our activities, at least those activities where I knew they would believe that I had the ability to help us do the right thing. In school, I recall formal and informal leadership roles over academic projects or extracurriculars, places where I was buoyed by past academic success to step in and claim leadership. They mostly granted it to me.

My craziest example of being granted leadership happened in my senior year of high school. I was competing on a creative problem-solving team and we were in deep trouble. We had been tasked to build a light-weight drivable vehicle and had spent most of the year committed to an approach. Now, less than a week away we were staring at a vehicle that was too heavy, could not support a driver, and would not move. We were doomed to fail and yet I claimed leadership, suggesting that we compete anyway and create a skit focused around the fact that our vehicle didn’t run. They granted my claim and we headed off to competition with a misguided sense of possibility. In the end we were trounced, but I remember it with happy nostalgia — I’m still honored and a bit stunned that they let me do it.

But for every moment that I’ve claimed and been granted leadership, there is another one where I haven’t claimed it at all. I never ran for student government, at any level. It took me years to seek out a leadership role on an affiliate group board when I was working in academic audit. I was elected on my first try, but abdicated before starting when I left my audit role. My senior class voted me “most likely to be president” — and many of my friends have indicated that they would vote for me for political office — and yet the very idea of claiming leadership by election is one I have soundly rejected. After reflection, I’m not sure if I am failing to claim it because I don’t want it or because I am worried it wouldn’t be granted. Maybe it’s both.

The truth is no one who routinely and regularly claims leadership gets through it without getting hurt. Not all leadership claims are supported and frankly not all should be supported. I reflect back warmly on the cases when — in a high trust group — other claims of leadership have been made and I have withdrawn in favor of a better approach or more ready resources to achieve success for all of us. Those times help to offset the other less positive experiences, worst among those when a group has rejected my claim for no other reason than I was an outsider.

At this stage in my life I have the title and the authority to confidently call myself a leader, but I know that my foundational opportunities to claim leadership came much earlier. The people who have come to value my “natural leadership” built me up, brick by brick, as they were willing to grant my claims. Looking back, I don’t regret any time when I claimed leadership, whether it was granted or not.

If fact, looking back I only have one leadership regret: The times when I was too scared to make a claim.