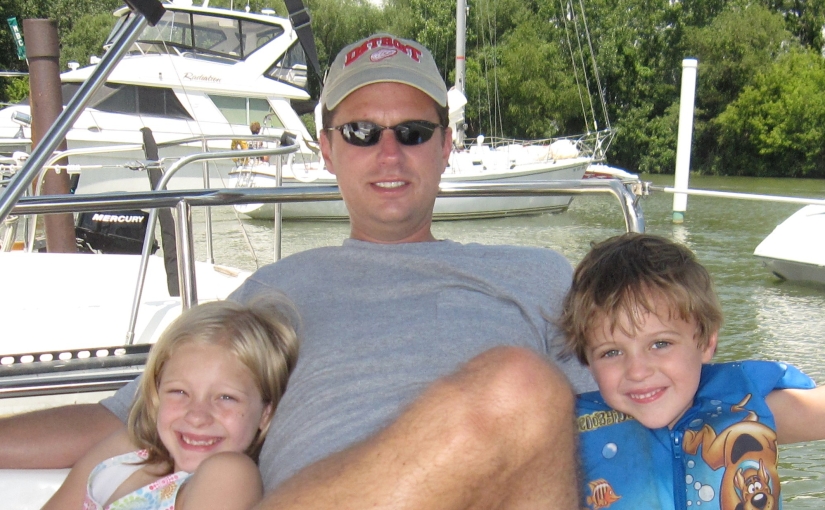 Last night, I dragged my family to see Incredibles 2. I’ve been waiting for a sequel to the classic Pixar movie for years, wanting to go back to an animated world that seamlessly connected the super hero mythos with the everyday challenges of work, marriage, and parenthood. So many of us have been waiting so long that the director and stars did a pre-movie statement, acknowledging the hiatus and thanking the everyone for their patience.

When the first Incredibles was released in 2004 my life was in a very different place. I was a young professional with two kids four and under. We were just starting our journey as parents, struggling through what I recognize as the “little kids, little problems” stage. But there was something about the movie — as crazy as this sounds — that made it feel like someone understood the adulthood balancing act we were working through. We’ve watched it many times since and each time it feels like we catch another small point of connection, each time we feel a new kinship with Helen and Bob Parr.

So, as I headed into the movie theatre I was prepared to love whatever I saw; all I really wanted was another dose of the same. The only thing I was nervous to avoid was the incompetent father stereotype that is so common in pop culture today. Too many father centric movies, tv shows, and commercials cast dads as bumbling idiots who can’t complete even the most basic parenting and household tasks without either complaining or creating chaos.

Thankfully, Incredibles 2 was not that movie.

I won’t fill this post with spoilers, but the movie delivered everything I never thought to hope for, namely a loving mother’s joy in returning to a job at which she excels and a capable father taking on the primary parenting role so she can do it. It was like the movie gods got together and made my perfect Father’s Day release.

Look, I get it. Fatherhood has changed a lot since I was a kid and pop culture is still playing the old gags that fit when dads weren’t capable of parenting their own children for a night while their spouses went out with friends. Back in that era, dads weren’t really expected to have much to do with kids until they were old enough to carry on a conversation or catch a ball. Even then, many fathers were hands off, responsible for bringing in a steady paycheck and creating rules that everyone else worked hard to follow. Generally speaking, care-giving and nurturing were seen as a mother’s role. We acted like that was fine — and some people still long for that age — but as I talk to older men who were fathers during this time, they often regret that they weren’t expected to be an active part of their children’s lives. They weren’t expected to do it and it wasn’t normal to want to.

But that’s not the case now.

Now, I see an openness to let fathers experience the full range of parenting no matter what the age of their children. More and more men are taking on primary parenting roles or actively supporting career-driven spouses. They aren’t shy or uncomfortable, they are proud and engaged. Just this week a friend of mine welcomed his third son into the world. The Facebook posts he shared were poignant and loving — and incredibly funny. Another friend adopted his daughter this year and is celebrating his first Father’s Day. I love seeing the pictures and knowing that he is fully present as a dad. Most of the dads I know on Facebook post regularly about their kids and their parenting adventures, generally in the same proportion to their spouses.

Outside of my network, I don’t see any of the stigma that would have been associated with the active participation of fathers, none of the “who wears the pants in your family” ribbing that was common in 80’s movies like Mr. Mom. In my office, fathers talk openly about commitments for their children, leave early for activities, and flex to support their spouse’s calendars. There’s a whole website and community for dads called Fatherly dedicated to providing resources to fathers at every part of their parenting journey. I have a hard time seeing something like that back when I was growing up. Would my dad have read an article called “How to Trick a Grade Schooler into Opening Up”? Did my dad even notice when I was quiet as a kid, much less suspect something was wrong?

So, today I honor the fathers of this generation who have stepped up to be a fully present parent. This is to the men who are as aware of the needs of their children as any mother from a generation ago. You are capable of feeding, diapering, bathing, and reading bedtime stories. You balance nurturing with discipline and advice with admonishment. You can throw balls and handle kids throwing tantrums. For all of the dads (including my wonderful husband) that I see stepping fully into a fatherhood that feels more complex to me than at any other time in history, I have something to say this: You may not be Mr. Incredible, but you’re incredible fathers.

Middle-aged business exec who had aspirations of being a writer someday. I believe that lifting people up through authentic and vulnerable storytelling creates connection and possibility. My story may not be the most inspiring, but it is the one I know the best and have the right to share. View all posts by Mel