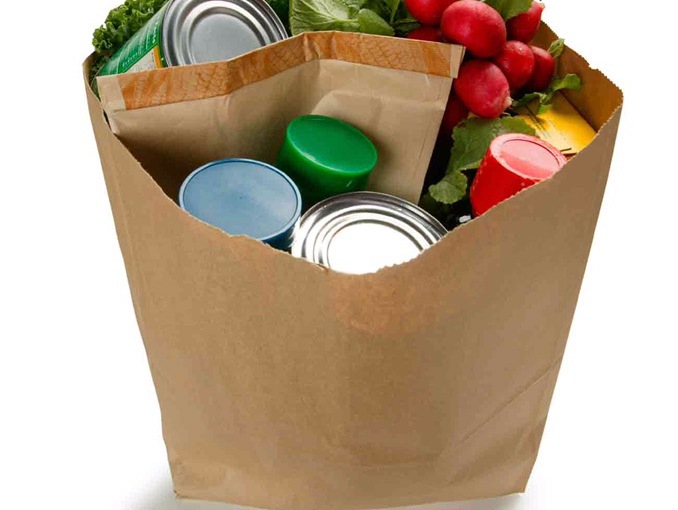 Sunday mornings provide me with a weekly conundrum. On one hand, I want to luxuriate in my warm, comfortable bed, taking advantage of relaxing on the one day that I don’t have any real commitments. On the other hand, I want to get up and get to the grocery store before it becomes jammed with all of the other people who (like me) need to stock their pantries and refrigerators for the week ahead. I’ve considered it and there is a single optimal hour when I can wake, shower and get out the door in order to be both lazy and productive.

I rarely hit that window — I did today.

Getting up and out of the house at the perfect time opened my mood up to positives and possibility. I walked down the aisles without feeling guilty or anxious, with my ears open to interesting conversations and my mind open to winding thoughts. I heard a grown daughter say to her father, “Do you want applesauce, dad? Wow, there are so many kinds.” I watched a father alone with two young sons, one running in circles around a display the other begging to be taken out of the cart. I smiled at a young couple discussing out loud whether to go vegan or  vegetarian in the frozen food aisle.

Along the way I piled things I needed and things that struck my fancy into the cart, nonplussed when I missed a couple of items and had to circle back to the beginning.  For once, the inconvenience wasn’t a big deal; the extra steps weren’t a crisis. And, when I stood in the line at the checkout and was waved over to an empty lane it was a pleasantry — I wouldn’t have been bothered to wait but I was happy to move. It was in that frame of mind that I heard the young male clerk say quietly to the middle-aged woman who was bagging my groceries, “You’re the best bagger I’ve worked with. You’re really good.”

She smiled and so did I.

To me bagging groceries is as much art as it is science. In my many years shopping for groceries I’ve seen my share of baggers, some amazing and some challenged. I’m polite to all of them but I’ve definitely formed an opinion about what constitutes quality work. In my opinion, the best baggers are able to work speedily, pack so as to prevent damage and group things in an intuitive way. They inherently understand that their work is temporary and yet they don’t let that stop them from doing it right. The very best baggers seem to channel the needs of shoppers, mentally standing with them in a kitchen as they put the groceries away.

I was delighted but not entirely surprised to see that the National Grocers Association hosts an annual Best Bagger Championship. Started in 1987, the 2017 event will feature 25 contestants in Las Vegas, recognizing employees who “have pursued long and rewarding careers in the grocery industry.” I kind of wish I could be there to cheer on the representative from Illinois, Heidi Jacobson. I think we have a tendency as a culture to downplay some jobs and careers because there aren’t extensive barriers to entry. There’s this crazy idea that if anyone could do something that anyone could do it well. That is patently untrue.  In every job family there are people who exemplify high standards of performance and excellence. We all get that intuitively, but we seem to forget it as we watch the Oscars or the All-Star game and pretend that only some jobs have people who are truly outstanding.

As I left the grocery store today I gave a momentary thought to bagging groceries after I retire. I can imagine myself standing at the end of the conveyor, smiling my outrageous smile and doing my best to make it just a bit easier for someone to complete the never-ending chore of shopping for food. I started mentally putting the boxes and cans and produce into the bags, thinking about strategy and speed and how I could do it better. True, I may or may not convince someone to take me on years from now, but I think I could. I’m pretty persuasive.

There’s only one question: Do you think they’ll still have the Best Bagger competition then?