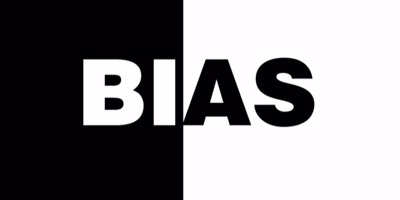 Soon after I started my first professional job the team that had recruited me asked for help. They thought I would be a good ‘recent hire’ and they brought me into the recruiting effort. At the time it felt like a nice compliment; many years later I realized it was one of those crucial moments that helped develop me into the person and leader I am now.

In order to to recruit, I was required to take mandatory interviewer training. At the time I remember thinking the day or two that I was away from my desk was a very long time, a serious interruption from the “real work” they were paying me to do. I embraced it, but I thought of it as more perfunctory than profound.

I couldn’t have been more wrong.

The training was broken into two parts, theory and skills. The skills section focused on how to take effective notes, how to solicit responses, and things that could and couldn’t be said. It was all very good, I learned fundamentals that have served me well for many years. But the bigger piece of it for me (as it always is!) was around the theory of talent acquisition. How can organizations find the best talent for any given role? What stops talent from coming to the top?

I’m sure there were many elements in that section, but the one that was the most impactful to me was the idea of managing bias. The trainer explained that everyone has a series of experiences that frame their view of the world. Those frames are your personal bias — all of the things you know to be true just because you’ve been alive and breathing. You can’t avoid having biases, she said, so you need to work hard to be aware of them and build systems and processes that are designed to counter them. Without that, you won’t be open to all talent, you’ll just build organizations that look a lot like you.

It made immediate sense to me. I stopped thinking about a world where I either was or wasn’t biased and started thinking about a world where I would always be biased and I needed to own my assumptions constantly. It shifted me from a closed circle where I was everything I would ever be to an open sunburst, where all I needed to check and challenge my biases was a willingness to have new experiences and ask new questions.

Recently, I have been thinking back to that learning. I feel like I’m exposed to more and more in the digital world as my physical world is becoming increasingly homogenous and isolated. I look around and see a tendency to generalize based on anecdotes and experiences. I see unquestioned bias popping up left and right, and I see the tendency to self-reinforce those biases by clicking links and reading articles that support it.

And in case it sounds like preaching, I do it, too. It’s hard not to these days.

When I feel myself falling into that pattern I try to remember is that it isn’t possible to live without bias — bias is just as much a part of life as breathing. Instead, I try to be honest about my biases and how they lead me to act. Personally, I am biased toward strong, intelligent women. I tend to view a generalist leader as stronger than a specialist leader. I lean toward extroverts who like to brainstorm, who are comfortable with the rapid fire back and forth that gets my intellect going. In short, I like people like me and left to my own devices I would hire me, over and over again.

But because I know that, I haven’t. I have hired many talented men and worked for many more. I seek out individuals with deep linear technical career paths because they provided the expertise that every good team needs. My favorite project co-lead was an introvert who let me have the first word in conversations yet added the kind of thoughtful insight that took our conversation forward. Sure, I work with and mentor some Mels, but not just Mels.

I want to believe that if my life had taken a different path and I hadn’t been in that training in my mid-20’s I would still have gotten the point. It’s simple and obvious, and I hope I would have understood it intuitively. Unfortunately I have plenty of examples in my life where despite my focus I have completely missed my own bias. There are so many failure points: gender, race, accent, clothing, religion, occupation, education. Whether someone likes sports or the symphony. Whether they have kids or cats, or live in a city or suburb.

Admit it, you could profile any of those categories. Anyone could and we’d all be wrong.

So, I’m thankful that I had that experience. I’m thankful that when I was young, eager and ignorant about what it meant to lead people my company invested in me. They believed I was capable of rising above my bias to find talent and bring them into our organization. I hope I’ve proved them right.